BLANTYRE, MALAWI - JULY 2: A Malawian women suffering from the HIV virus lies in her bed with a cross put on her by a relative at the Queen Elizabeth Hospital in Blantyre, Malawi, July 4, 2002. In Malawi, as in several other affected countries,widespread poverty and the increasing economic and social disruption caused by a devastating HIV/AIDS crisis are additional factors disrupting agriculture and causing a growing food shortage which threatens 3.2 million people in Malawi -- 500,000 of which are already affected by the crisis. The food crisis is part of a region-wide shortage affecting several countries in southern Africa, the result of a combination of harsh climatic conditions (droughts and flooding), poor management of food reserves and political and economic instability. (photo by Ami Vitale/Getty Images) 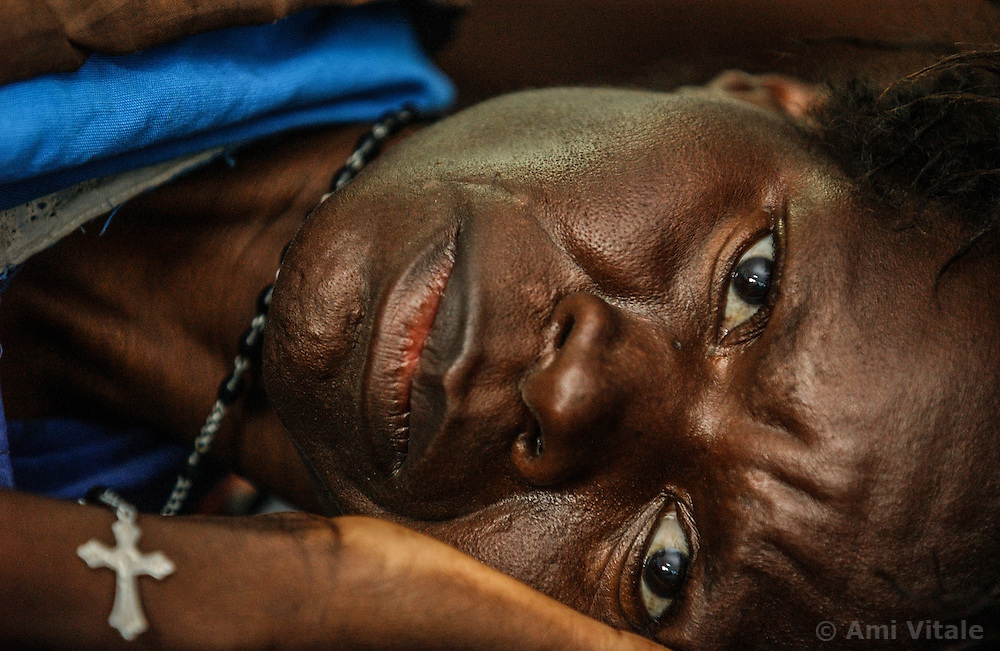