A young Ladakhi Buddhist who is studying to become a monk wears a mask during the annual festival celebrating the birth anniversary of Guru Padmasambhava, the founder of Lamaism (an off-shoot of Buddhism) in the eighth century. The two-day festival is marked by ritual dancing in Hemis Gumpa, 28 miles southeast of Leh in the northern Indian state of Jammu and Kashmir June 28 and 29, 2004. The Hemis Gumpa is the oldest and largest monastery in Ladakh. 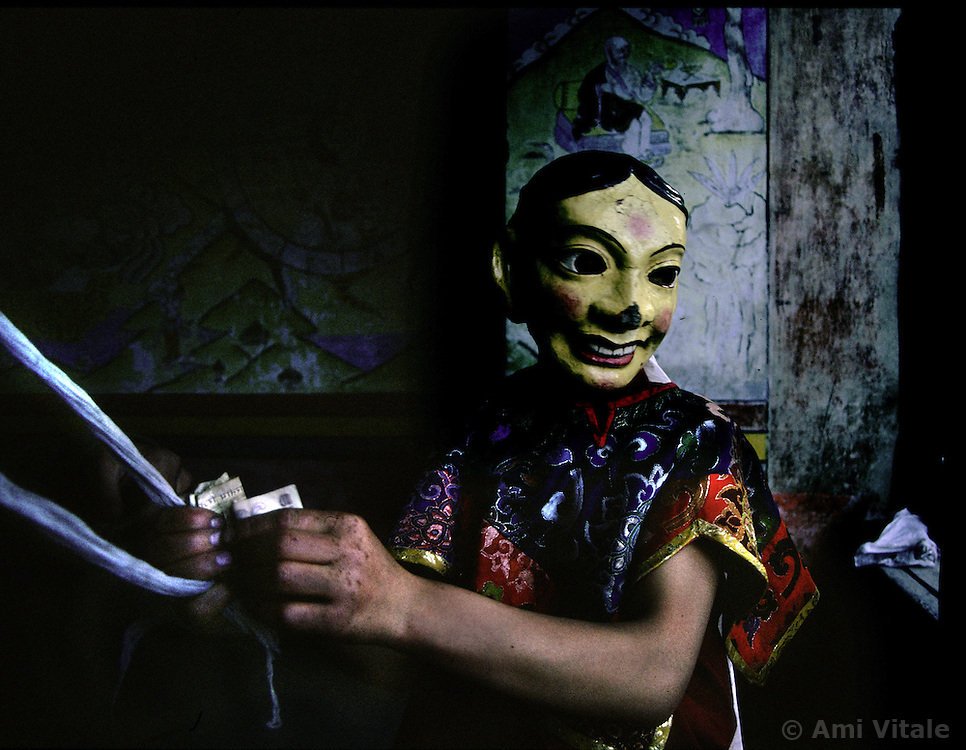