KASHMIR,INDIA, JULY 30: Photos of missing Kashmiris are spread on the floor during a meeting of the Association of Parents of Disappeared Persons (APDP) in Srinagar, the Indian held summer capital of the state of Jammu and Kashmir July 30, 2003. The group says that 8,000 people are missing since the insurgency began and they beleive most have been taken by Indian security forces and never returned. Since 1989, Kashmir has been a state under siege, with both India and Pakistan laying claim to it. Human rights organizations say more than 80,000 have died in the 13 year old conflict. The Indian government says 40,000, but whatever the number, it has been mainly Kashmiri residents who have suffered as the two nuclear armed countries fight a proxy war. 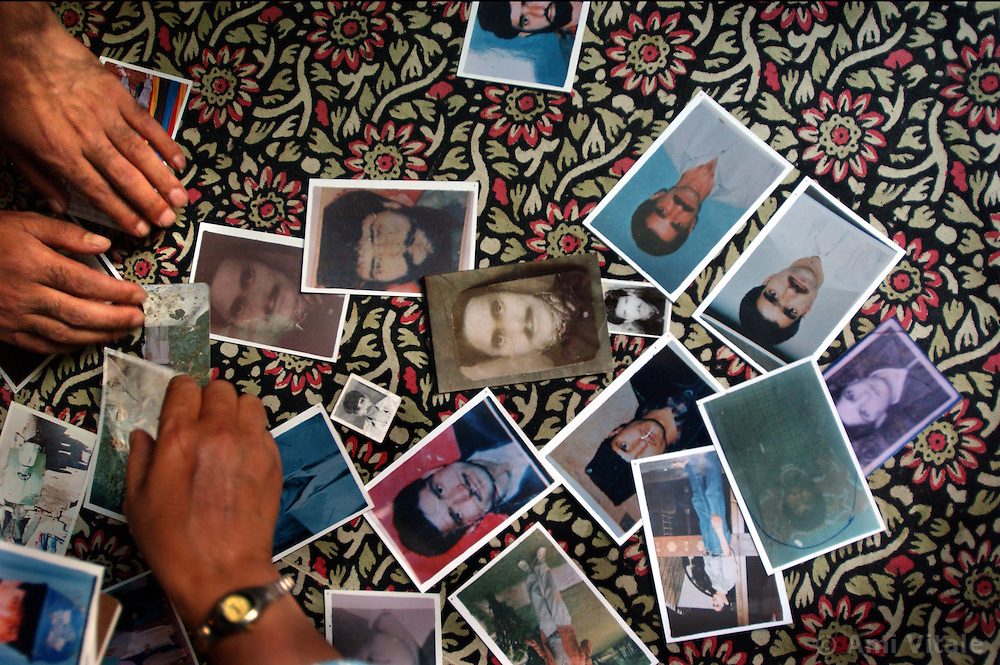