Vage, 45, from Bihar who has been pulling rickshaws for 15 years sits waiting for a customer November 17, 2005 in Calcutta, India. The hand rickshaw that was brought to Kolkata, formerly known under the British regime as Calcutta, India in 1900 by Chinese immigrants is being banned at the beginning of 2006. The city government wants to attract foreign investment and they say the hand-rickshaw "wallahs" create an uncomfortable image of the city. The pullers themselves do not have any ethical problems with pulling another man and justify their trade by saying thar rickshaws provide affordable transportation for the poor, do not pollute the environment and provide a desperately needed source of income. The hand rickshaw is one of the oldest vehicles in the city and there are an estimated 18,000 rickshaw pullers who will be put out of work with no other possibilities. Most of the pullers live in the streets with their families or in a community shelter, a "dera" with 20-25 other pullers. They make less than $2 per day but end up spending most of it on rent for the rickshaw, bribes to policemen and food. (Ami Vitale) 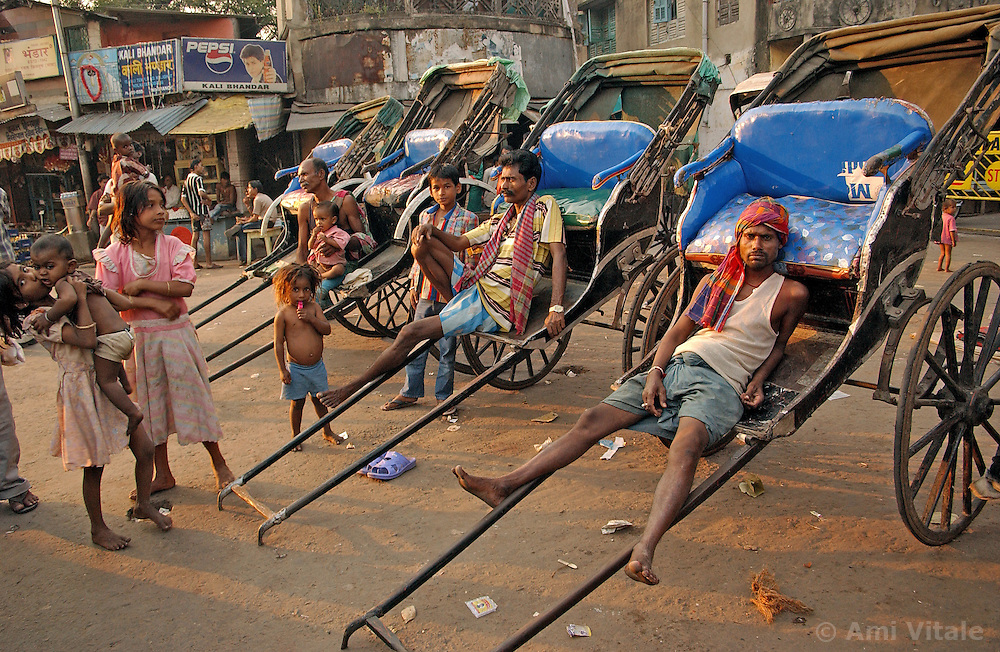