great grandchildren, Akuguk Denis Renatovich (9) and Akuguk Danil Renatovich (6) play near a lake after helping collect salmon that they filet and dry at their summer fishing camp along the river Vyvenka in Khailino, Kamchatka July 15, 2007. Most indigenous people rely on the salmon harvested in the summer for the whole year. They dry it and feed it to themselves and their dogs that they use to get around on sleds in the harsh winter months. Because the area is so remote and no longer subsidized by the Russian or Soviet government of the past goods and gasoline are extremely expensive. The economy is struggling and the only way for most people to survive is through poaching and fishing in the short summer months. So now the fish population is rapidly declining as poachers collect the eggs and don't allow the salmon to spawn for the next generations. The family name is Akuguk and the elder man is Akuguk Roman Cholkovich (74), his wife Raisa Romanovna (79), their son Yuri Romanovich (47) with mustach, Tnakovav Viktoria Mikhailovna (38) - niece,
Tankai Valeri Panteleevich (44) - husband of the daughter with beard and
great grandchildren, Akuguk Denis Renatovich (9) and Akuguk Danil Renatovich (6) 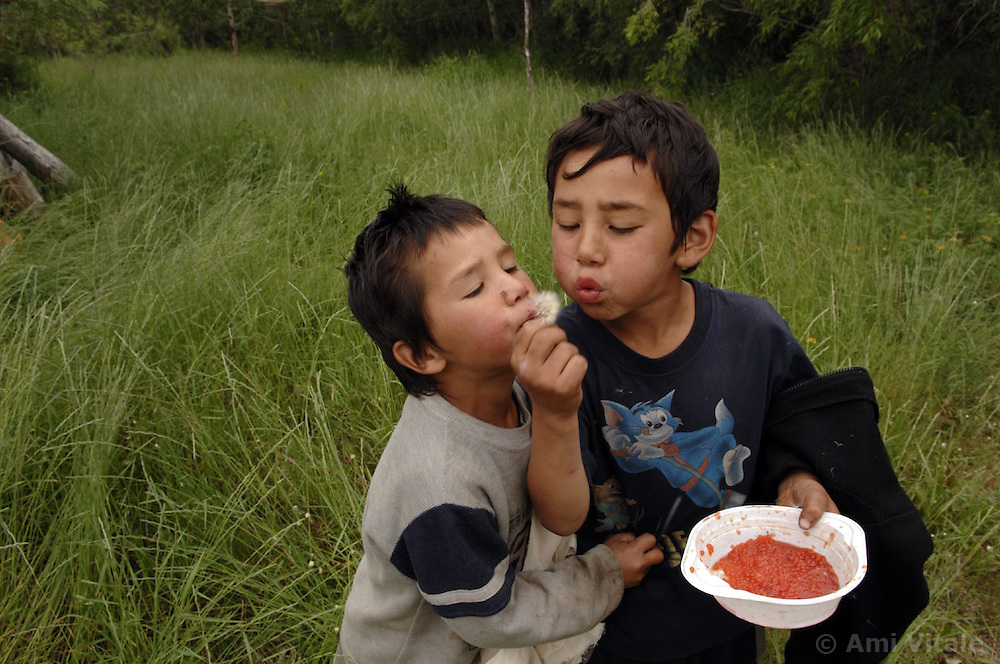