A wildlife ranger comforts Sudan, the last living male Northern White Rhino left on the planet, moments before he passed away March 19, 2018 at Ol Pejeta Wildlife Conservancy in northern Kenya. Sudan lived a long, healthy life at the conservancy after he was brought to Kenya from Dvur Kralov zoo in the Czech Republic in 2009. He died surrounded by people who loved him at after suffering from age-related complications that led to degenerative changes in muscles and bones combined with extensive skin wounds. Sudan has been an inspirational figure for many across the world. Thousands have trooped to Ol Pejeta to see him and he has helped raise awareness for rhino conservation. The two female northern white rhinos left on the planet are his direct descendants. Research into new Assisted Reproductive Techniques for large mammals is underway due to him. The impact that this special animal has had on conservation is simply incredible. And there is still hope in the future that the subspecies might be restored through IVF.
In 2009, I had the privilege of following this gentle hulking creature on his journey from the snowy Dvur Krulov zoo in the Czech Republic to the warm plains of Kenya, when he was transported with three of his fellow Northern White Rhinos in a last ditch effort to save the subspecies. It was believed that the air, water, and food, not to mention room to roam, might stimulate them to breed—and the offspring would then be used to repopulate Africa. At the time, there were 8 Northern white rhinos alive, all in zoos. Today, we are witnessing the extinction of a species that had survived for millions of years but could not survive mankind. (Photo by Ami Vitale) 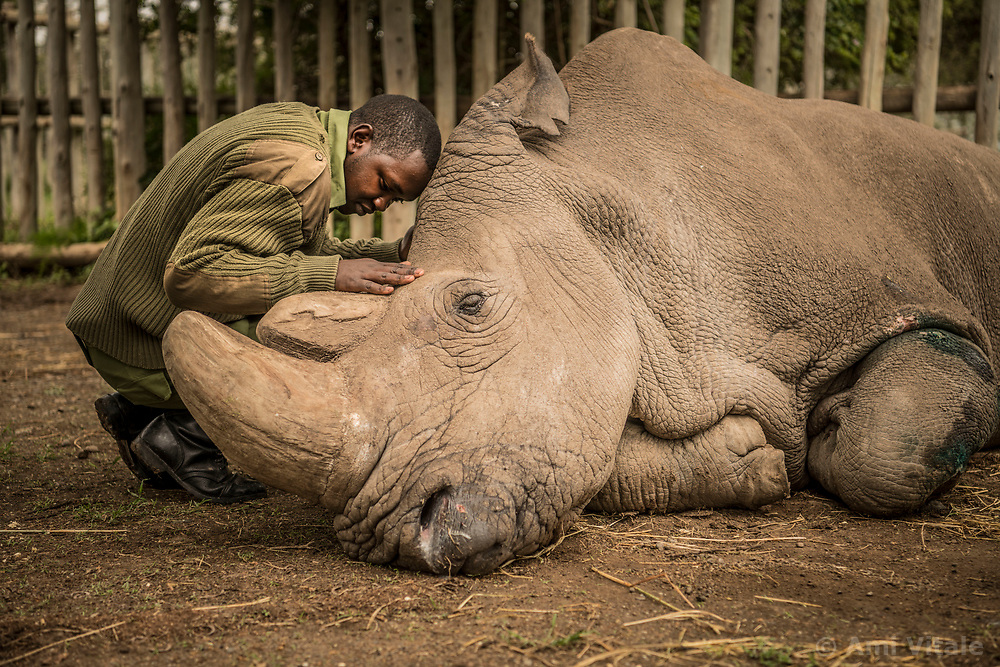