Rickshaw puller Vishnu Nath Sardar, 47, holds the bells he uses to alert traffic on the street that the rickshaw is coming in Sova Bazaar September 12, 2007. He began pulling rickshaws when he was 12 years old and is from Bihar. This congested city was the first city of the colonial British and now it is the only city of India where hand pulled rickshaws are still being pulled. In 1996, the Government of West Bengal announced that it was intending to ban the rickshaws to relieve traffic congestion but it never was fully enforced. In 2007, the government again pushed to have the ban enforced and a case is currently being decided in the Supreme court that will determine the outcome for the hand pulled rickshaws. 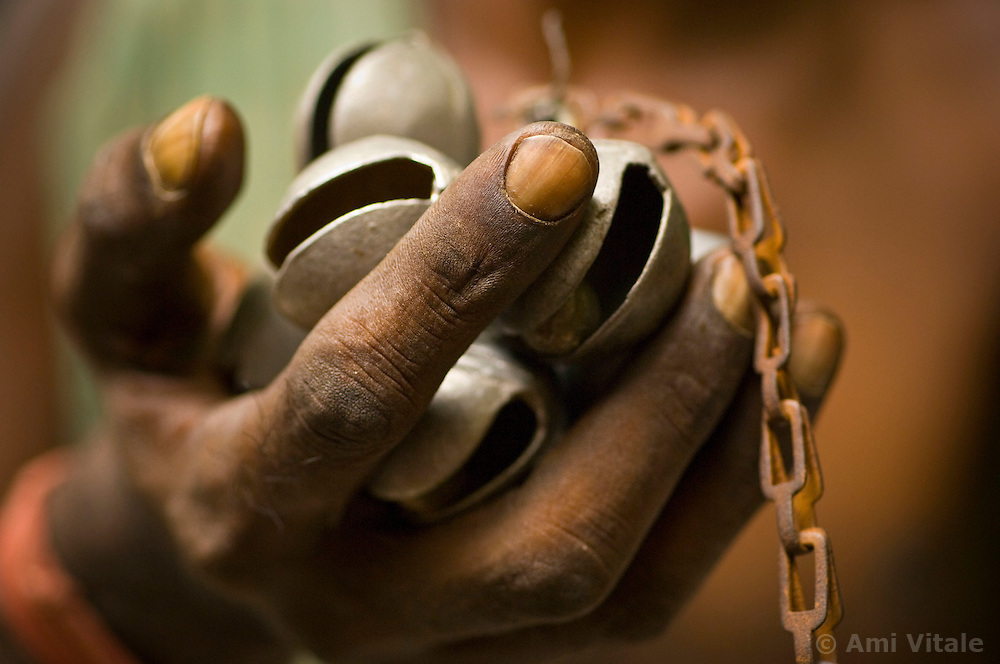