Surita Hernandez brings her children along with neighbors to swim in a river on the Moapa reservation outside Las Vegas, Nevada in July, 2012. They don't get to go outside as often as they like because of the poor air quality. In the photos are: Aaliya Hernandez , 16, (grey shirt on left) and her sister Zayda Hernandez, (black shirt) 14 on the Moapa reservation in Nevada. All of their family suffers from Asthma and though they can't prove it, believe its because of the coal plant next door. Her grandfather died in march because of cancer. The Sierra Club is working with the Moapa Band of Paiutes to transition NV Energy away from the Reid Gardner coal-fired power plant -- which sits only 45 miles from Las Vegas and a short walk from community housing at the Moapa River Indian Reservation. The Reid Gardner coal plant is literally spewing out tons of airborne pollutants such as mercury, nitrous oxide, sulfur dioxide, and greenhouse gases. This has resulted in substantial health impacts on the Moapa community, with a majority of tribal members reporting a sinus or respiratory ailment. 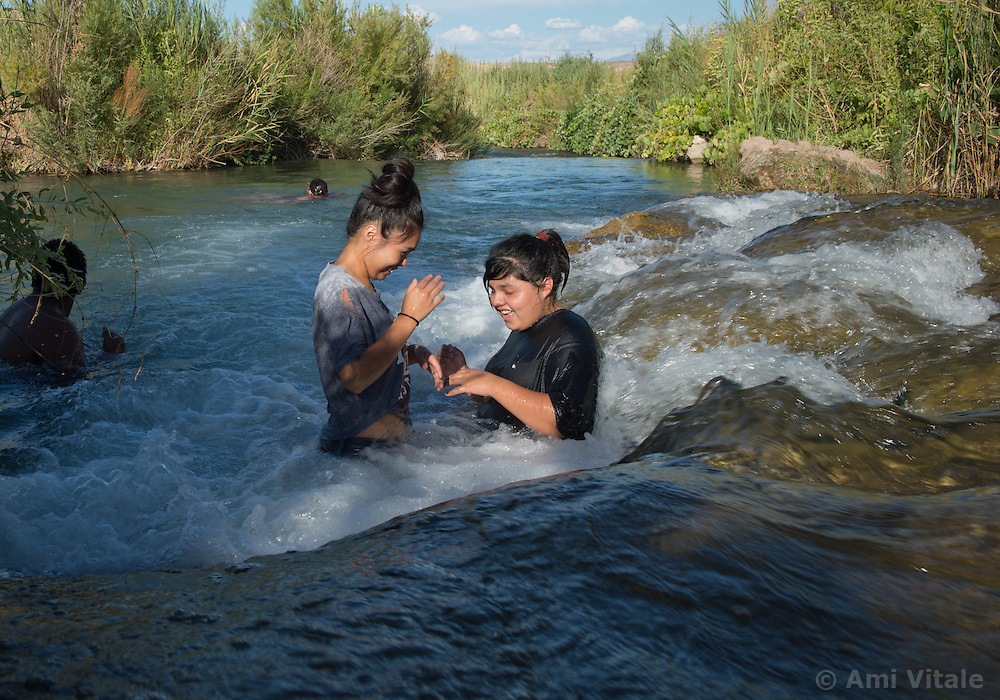