Iraq Veterans Against the War along with other protesters who included celebrities like Jane Fonda, Susan Saranda, Tim Robbins and Sean Penn, as well as politicians rallied in Washington DC, in the United States, Saturday January 27, 2007 to press their cause with a Congress about to make a decision whether to increase troops in the ongoing war in Iraq. United for Peace and Justice, a coalition group sponsoring the protest, had hoped 100,000 would come but it was estimated to be smaller than 100,000.(Ami Vitale) 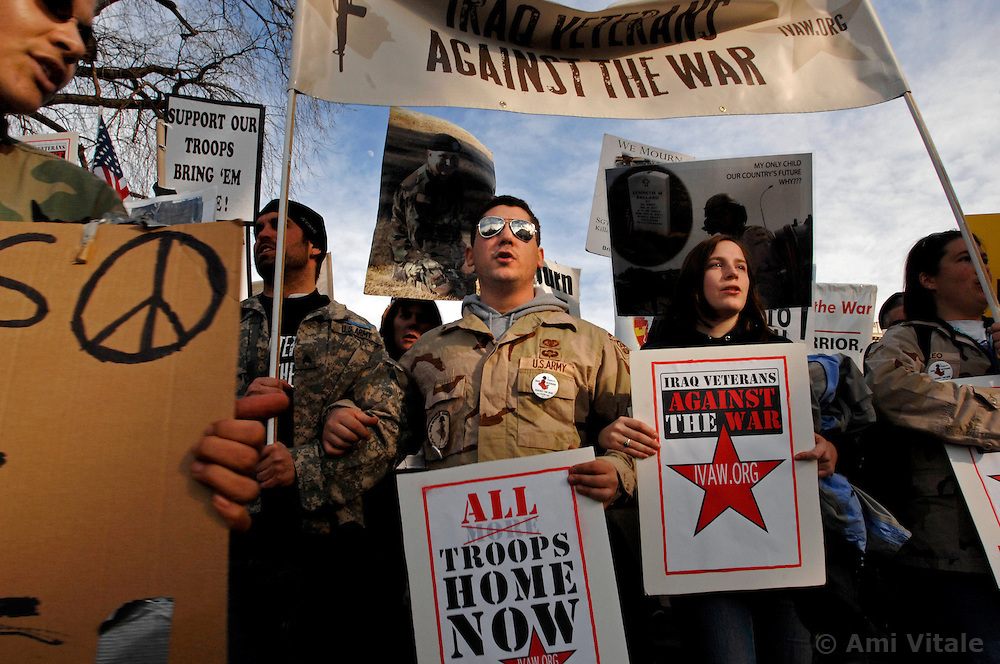