SRINAGAR, KASHMIR,INDIA, MARCH 20, 2004:Bilkees Manzoor, an eighteen-year-old girl whose father was taken away by Indian security forces in January 2002 and never returned, argues with Jammu and Kashmir police to allow them to march to the United Nations compound in the name of the the Association of Parents of Disappeared Persons (APDP) in Srinagar, the summer capital of Indian held Jammu and Kashmir state in India, March 20, 2004. At least a dozen people were wounded when police used batons to disperse hundreds of protestors. APDP says more than six thousand people have gone missing since the bloody revolt erupted in Kashmir. 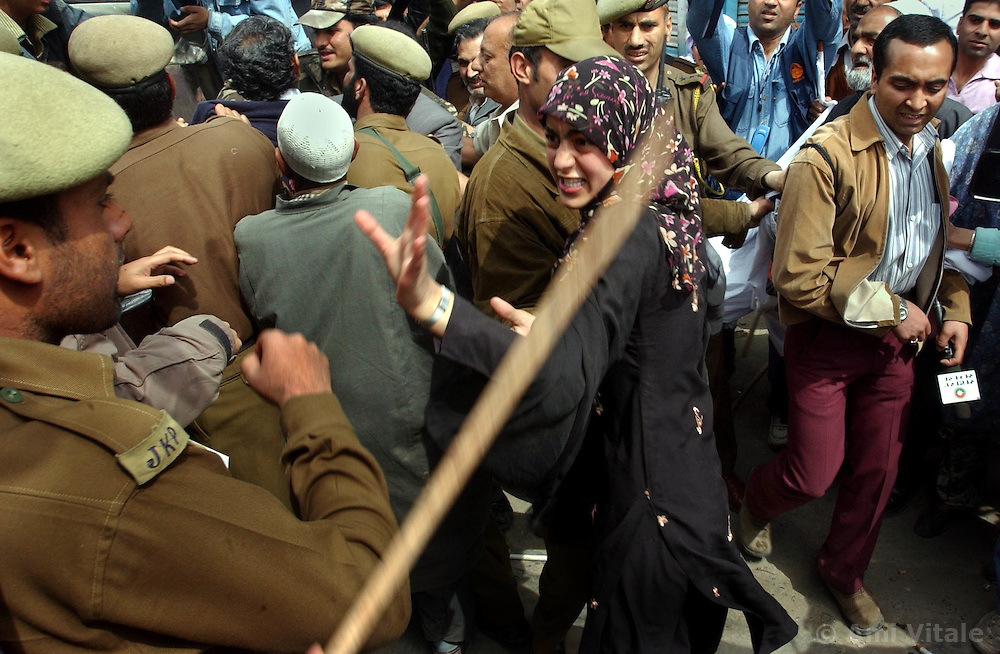