Postcard of Hindu Gods and Indian Bollywood stars are sold in a street of Katmandu as King Gyanendra sacked his government and declared emergency rule on February 1 saying that the country is under threat from Maoist rebels and political instability. Most people of Nepal felt caught in the middle of a war between government forces and Maoist insurgents that has claimed over 11,000 lives since 1996. They crave a return to normalcy where Bollywood and religion merge side by side.(Ami Vitale) 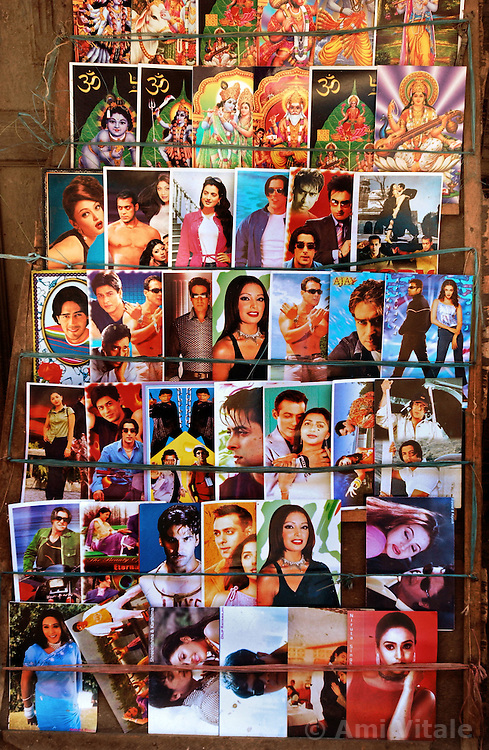