A Fulani from a village in the Casamance territory between the West African countries of Guinea Bissau and Senegal sits on an ancient tree durig a festival for peace. Rebels in Senegal's southern Casamance [Cassamance] province have been waging a bloody independence campaign against the central government in Dakar since 1982. The Movement of Democratic Forces in the Casamance (MFDC) has long used Senegal's southern neighbor Guinea-Bissau as a launching pad for attacks inside Cassamance. Guinea-Bissau's former president, Joao Bernardo Viera, was accused of supplying the rebels with weapons until he was overthrown in a coup in May 1999. (Photo by Ami Vitale) 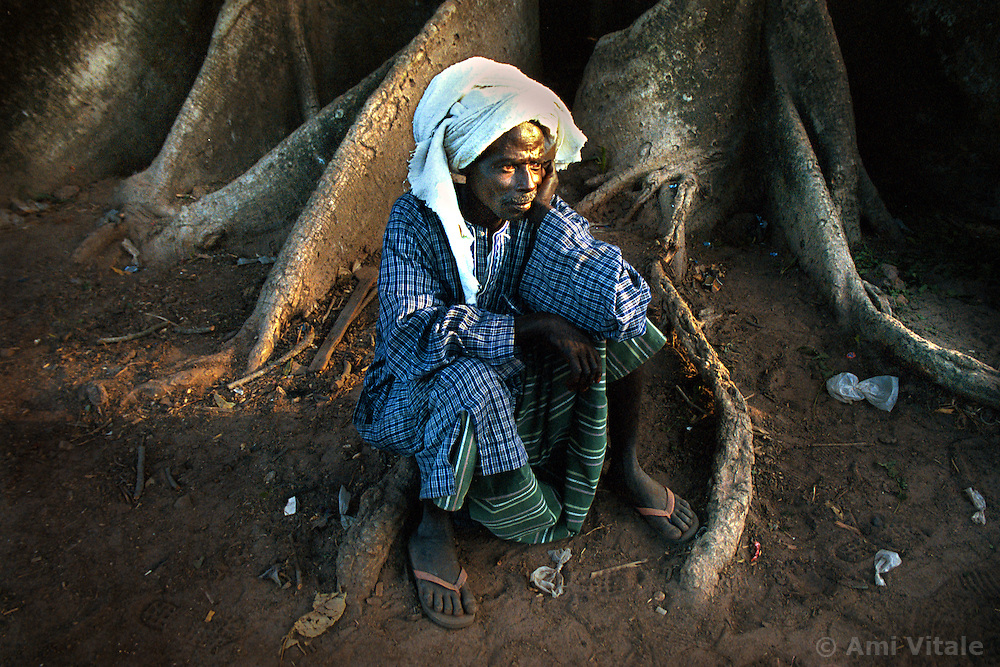