Indian police bathe in the early morning light of the Indian city of Ayodhya, March 11, 2002. About three thousand extra police have been brought to maintain order to the tense city as Hindus pledge to build a temple at the site where a mosque was razed in 1992. The BJP, Bharatiya Janata Party which heads the coalition government, is under pressure to rein in its hard-line Hindu allies who have begun a religious ceremony or "puja" to mark the beginning of the building. (Ami Vitale/Getty Images) 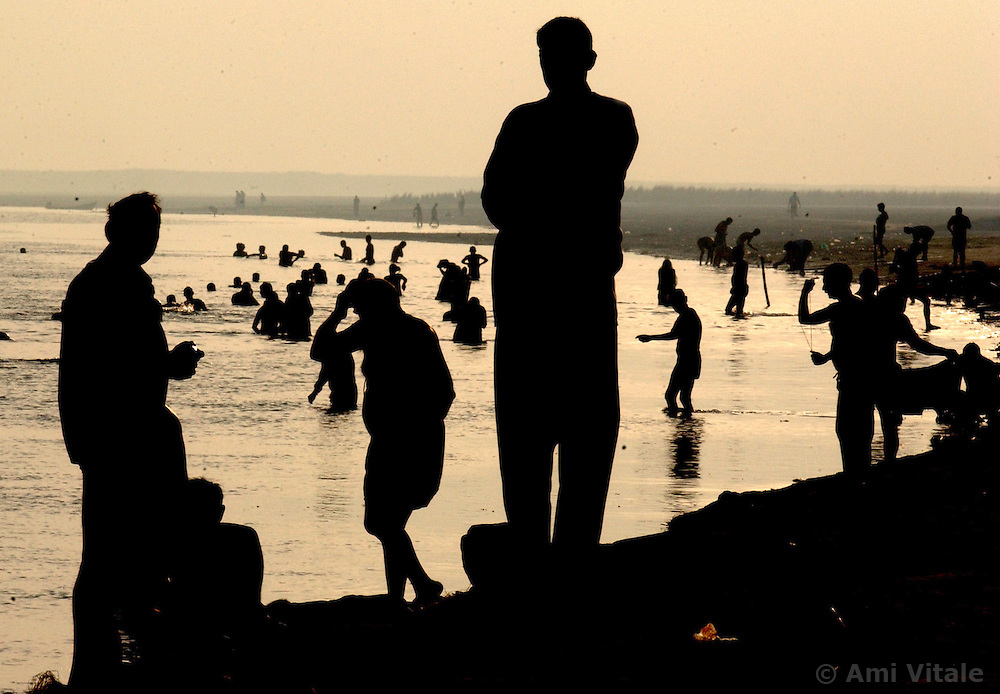