A Kashmiri child waits outside in a cordoned area along with hundreds of other villagers that were evacuated around 4 a.m. March 28, 2002 before a gun battle between a militant and Indian security forces broke out in Budgam district west of Srinagar, the summer capital of Jammu and Kashmir. The muslim militant hid in a mosque in a 20-hour siege. It was the fourth time in two months that separatists had sought refuge in a mosque in the Himalayan region. Nearly a dozen militant groups are fighting New Delhi's rule in Jammu and Kashmir. India accuses Pakistan of arming and training Islamic militants. Pakistan denies the charge and says it only offers moral and diplomatic support to Kashmiri separatists. 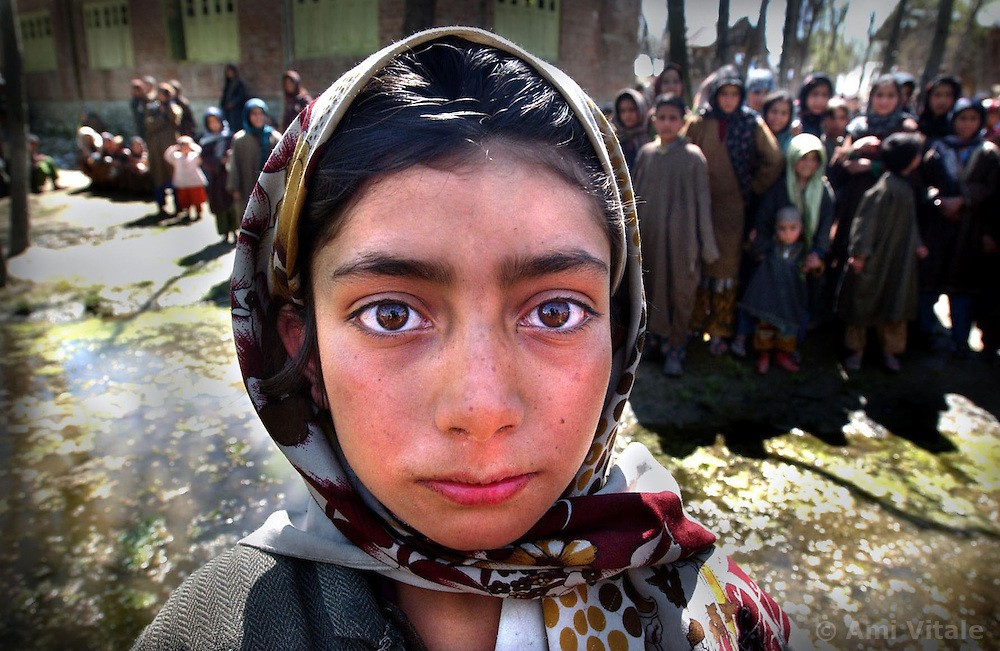