KASHMIR,INDIA, JULY 29: A Kashmiri boy studying in a madrassa sits on top of a crumbling Moghul mosque and watches his classmates play cricket on a quiet afternoon in Srinagar, the Indian-held summer capital of the state of Jammu and Kashmir, July 29, 2003. Since the 15th century, the Himalayan kingdom of Kashmir was known for its beauty and serenity. Everyone from Mughal emperors to British colonialists fell in love with its physical beauty. Since 1989, it has been a state under siege, with both India and Pakistan laying claim to it. Human rights organizations say more than 80,000 have died in the 13-year-old conflict. The Indian government says 40,000, but whatever the number, it has been mainly Kashmiri residents who have suffered as the two nuclear armed countries fight a proxy war. 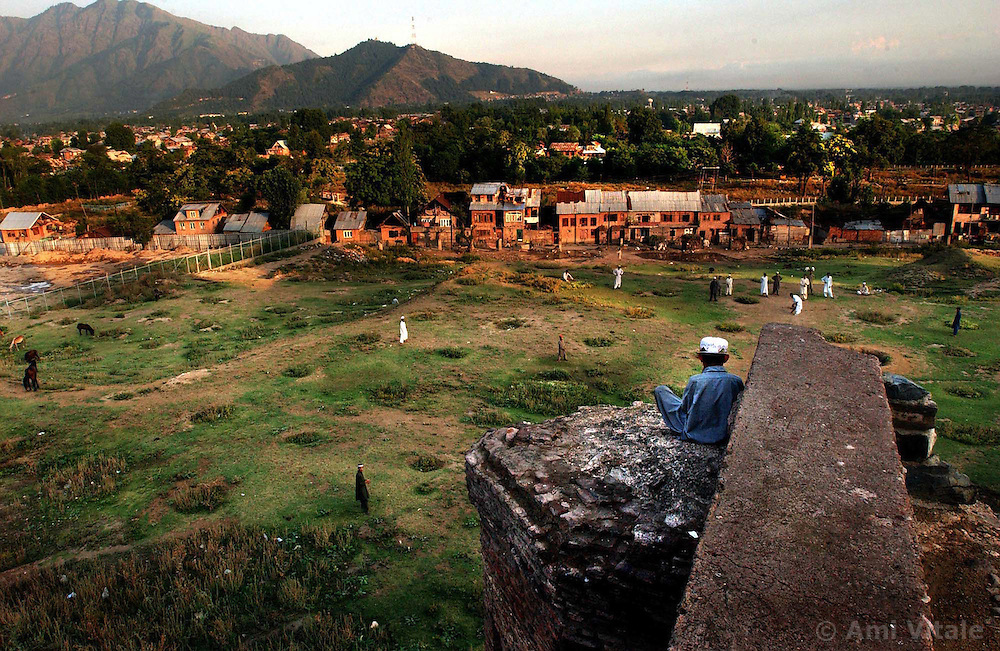