An Angolan who lost her leg to a land mine waits to get fitted for a prosethetic leg at the International Red Cross hospital in Huambo, Angola. Hundreds of thousands of Angolans have lost limbs after stepping on a mine and in some towns one-in-four people have lost a limb or have been killed by mines. Despite a huge campaign to educate Angolans of the danger, most are forced to search the countryside for food despite the risk. .(Photo by Ami Vitale) 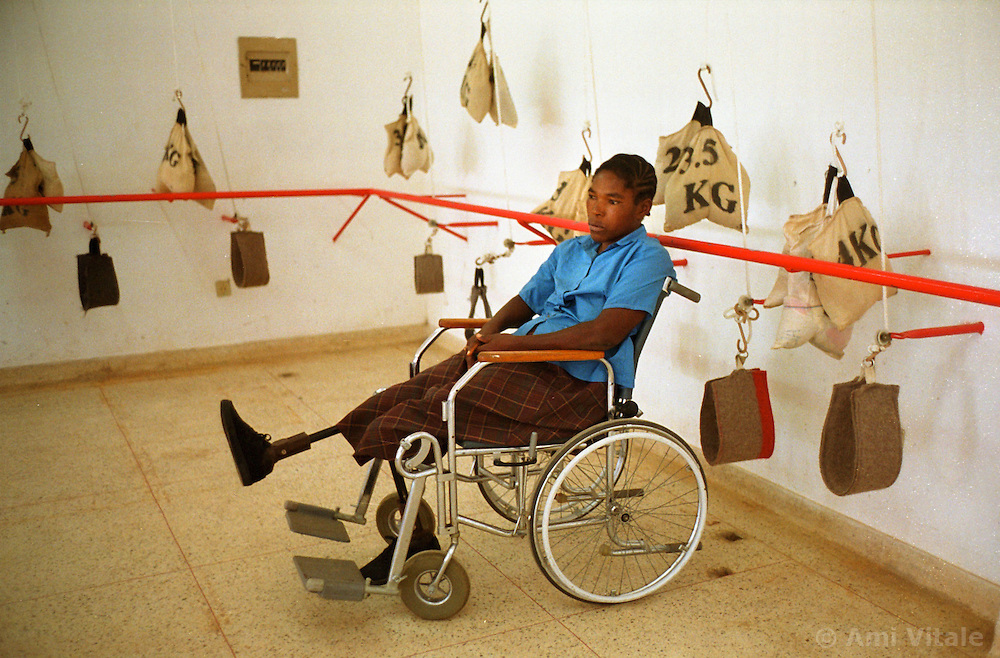