Baltimore City Police and Air Force guard the parade route in front of religious protestors ahead of the inauguration of Barack Obama as the 44th President of the United States of America January 20, 2009 in Washington, DC. Before a crowd of more than a million, Obama became the first African-American to be elected to the office of President in the history of the United States. On an extraordinary day in the life of America, people waited for hours in frigid temperatures to witness a young black man take command of a nation founded by slaveholders. (Ami Vitale) 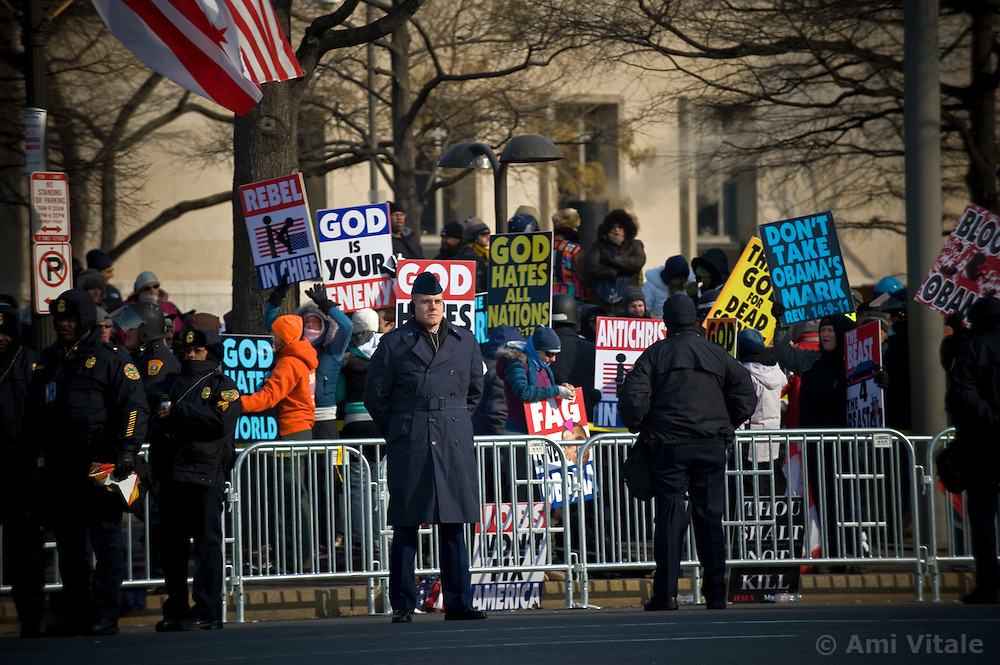