RUKUM DISTRICT, NEPAL, APRIL 17, 2004: Nepalese villagers gossip next to the small local shop in Rukum District April 17, 2004. Ill-equipped security forces in politically unstable Nepal are unable to control Maoist rebels, who continue to abduct thousands of villagers for forcible indoctrination and military training. The Maoists mainly target students, teachers and youths. The victims are usually released after a few days of indoctrination, unless they actively resist the "training attempts," in which case the rebels torture or sometimes kill them. Maoist insurgents have capture most of the Western part of Nepal in their attempt to make it a Communist State. Analysts and diplomats estimate there about 15,000-20,000 hard-core Maoist fighters, including many women, backed by 50,000 "militia". In their remote strongholds, they collect taxes and have set up civil administrations, and people's courts. They also raise money by taxing villagers and foreign trekkers. They are tough in Nepal's rugged terrain, full of thick forests and deep ravines and the 150,000 government soldiers are not enough to combat this growing movement that models itself after the Shining Path of Peru. (Ami Vitale/Getty Images) 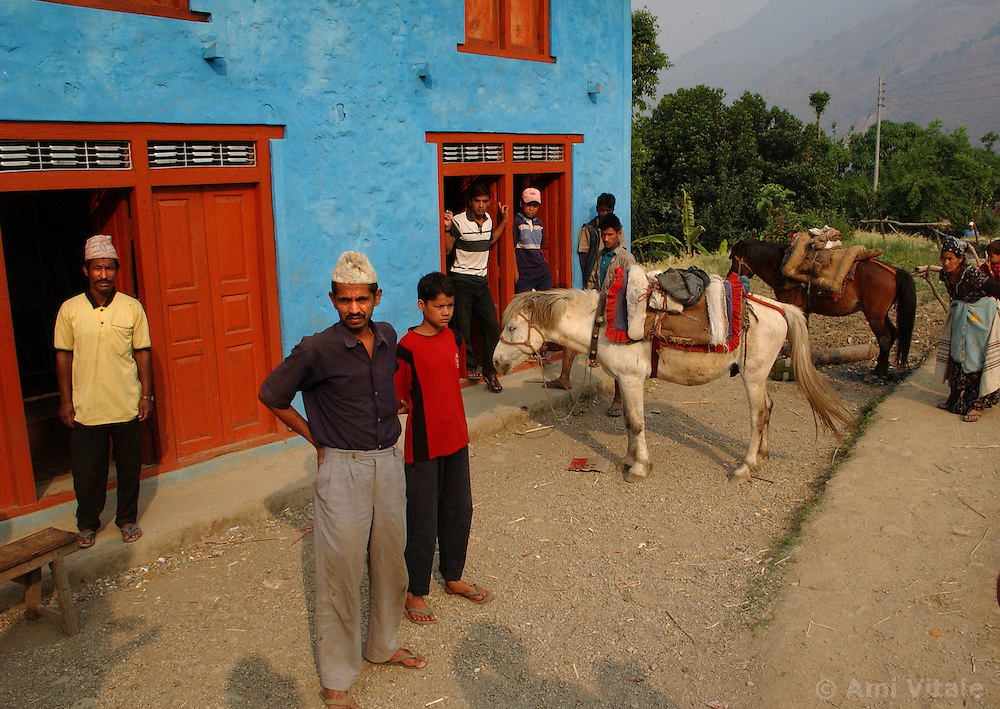