Angolan children attempt to surf on their hand made surf boards which they carved out of driftwood after they watched French foreigners surfing on the beaches outside of the capital of Luanda in this file photo. President Jose Eduardo dos Santos, who has led Angola since 1979, said he would not run in presidential elections planned for next year. Angola's brutal 26 year-civil war has displaced around two million people - about a sixth of the population - and 200 die each day according to United Nations estimates. .(Photo by Ami Vitale) 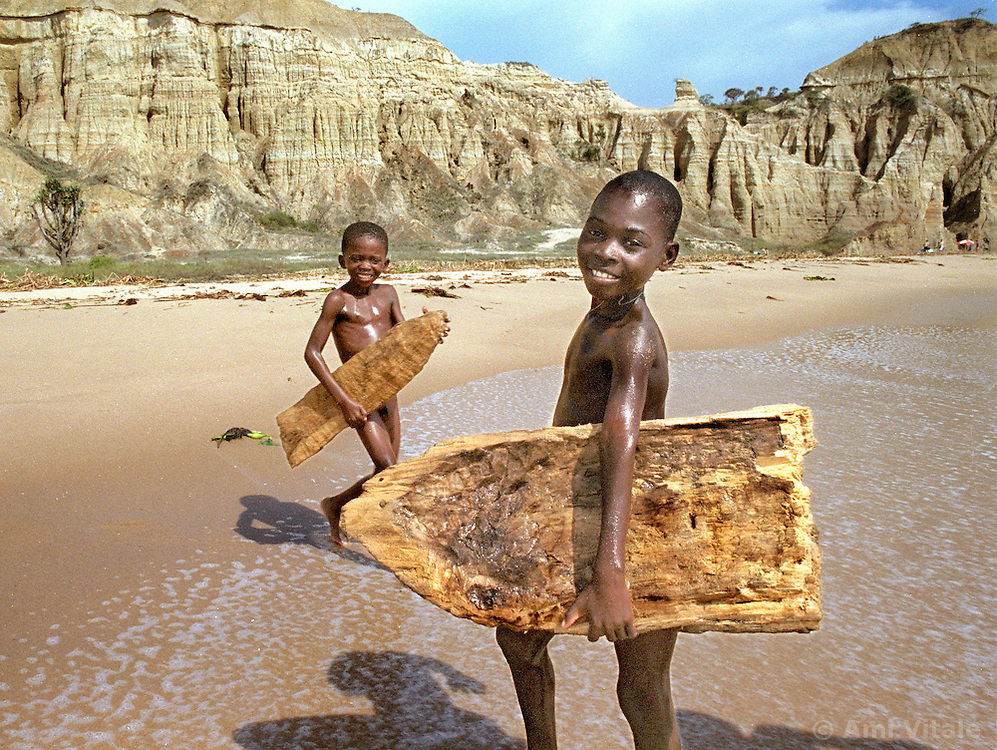