A "puja" or religious ceremony is begun by Hindu religious leaders in the northern Indian city of Ayodhya in preparation for the building of a temple March 11, 2002. There is a quiet but tense atmosphere as the country waits to see what India's ruling Bharatiya Janata Party(BJP) will do to to cool tensions between Muslims and Hindus . The BJP, which heads the coalition government, is under pressure to rein in the hard-line Hindu allies who plan to build a temple on March 15 near the site of a razed mosque. . (Ami Vitale/Getty Images) 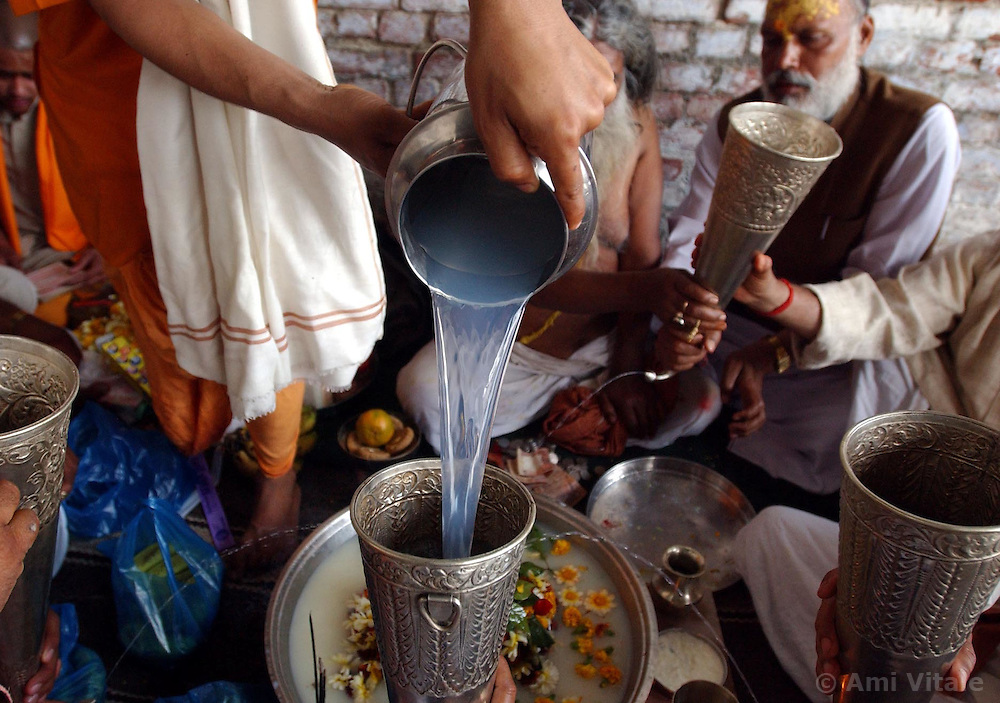