BADGAM, KASHMIR,INDIA, MARCH 10, 2004:Villagers mourn the death of five people who were killed along with 48 who were injured, when a grenade exploded in the hands of a man who was seeking to extort money from a family in Badgam district of Kashmir, March 10, 2004. Locals said the man was a former militant who was extorting money from villagers and thousands came out to mourn the deaths. Tens of thousands of people have died in Kashmir since the eruption of anti-Indian revolt in the region in 1989. Separatists put the toll at between 80,000 and 100,000. 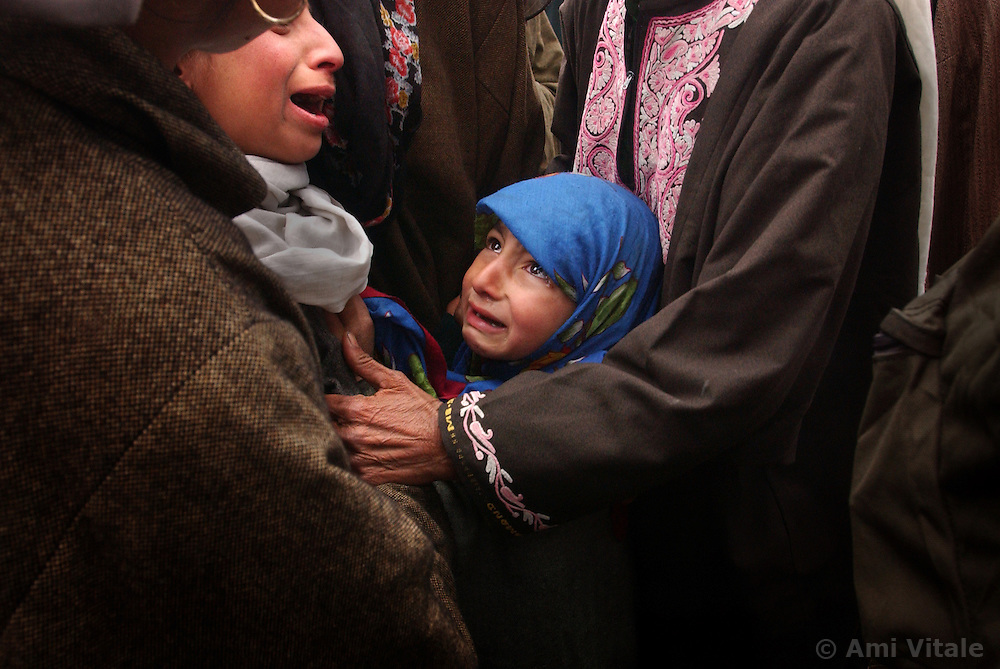