RUKUM DISTRICT, NEPAL, APRIL 22, 2004: Radna Bahadur Rana, right, who murdered a relative works inside a mill in an "open prison" established by Maoists who have created an autonomous state with their own judicial sysytem in a village in Rukum District April 22, 2004. The prison was once a farm owned by a relative of the King but was taken over by Maoists. The Maoists believe that criminals can be reformed through labor and cannot be be corrected confined within a jail with bars. They beleive that crime is a social evil and the main cause is a class system. Analysts and diplomats estimate there about 15,000-20,000 hard-core fighters, including many women, backed by 50,000 "militia". In their remote strongholds, they collect taxes and have set up civil administrations, and "people's courts" to settle rows. They also raise money by taxing villagers and foreign trekkers. Though young, they are fearsome fighters and specialise in night attacks and hit-and-run raids. They are tough in Nepal's rugged terrain, full of thick forests and deep ravines and the 150,000 government soldiers are not enough to combat this growing movement that models itself after the Shining Path of Peru. (Ami Vitale/Getty Images) 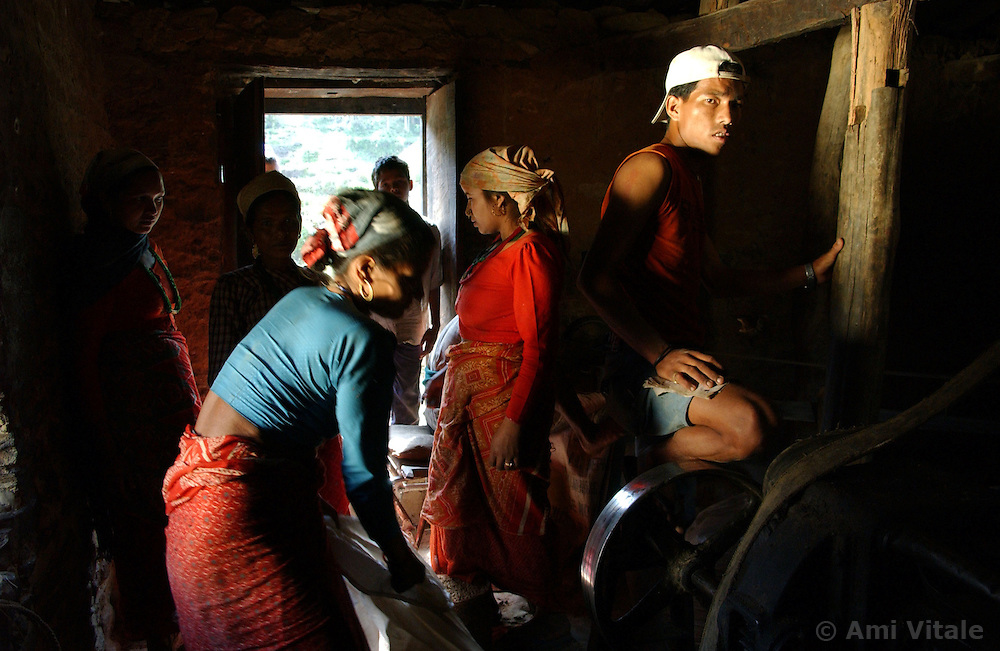