A panda who is training to be put back into the wild climbs a tree and his every move is tracked by some 200 closed-circuit in the Wolong National Nature Reserve in China. There are now only an estimated 1,600 giant pandas left in the wild. In 2005, scientists at China’s Wolong National Nature Reserve, in Sichuan province, attempted to release a young male into the wild, but it soon died, likely as a result of a fight with wild pandas. That’s when the reserve’s director, Zhang Hemin—dubbed Papa Panda—and his team realized that the captive-born animal didn’t really know how to behave like a panda, and revamped the reserve’s program nearly from scratch. They eventually decided that the best way to raise captive pandas that act like wild ones was to erase all traces of humans from their world and allow the mothers to raise their cubs on their own. 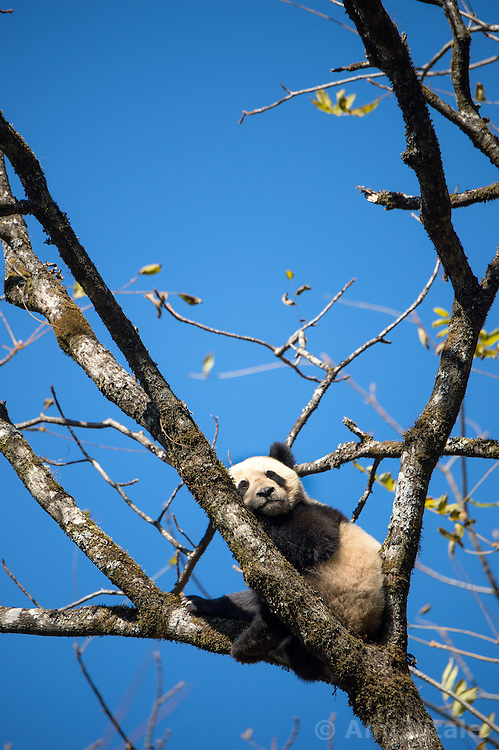