Houses built for foreign families working for oil companies sit in sharp contrast to the shanty towns that most Angolans have in the capital of Luanda in Angola. President Jose Eduardo dos Santos, who has led Angola since 1979, said he would not run in presidential elections planned for next year. Angola's brutal 26 year-civil war has displaced around two million people - about a sixth of the population - and 200 die each day according to United Nations estimates. .(Photo by Ami Vitale) 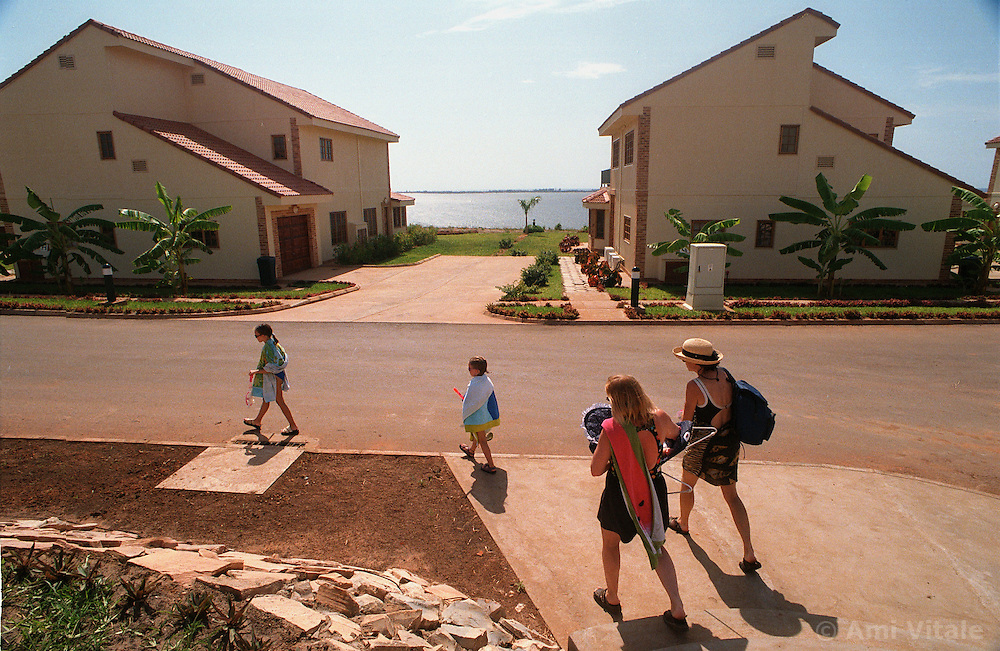