An elderly Muslim woman's body whose throat was slashed and then set on fire lies outside of her home March 2, 2002 in Ahmedabad, India. Her home sat next door to a local police station but she and an untold number of others were brutally killed by angry mobs on a spree of vengeance. Troops arrived in India's riot-torn western state of Gujarat but were unable to quell the religious violence that brought back stark memories of Partition in 1947. 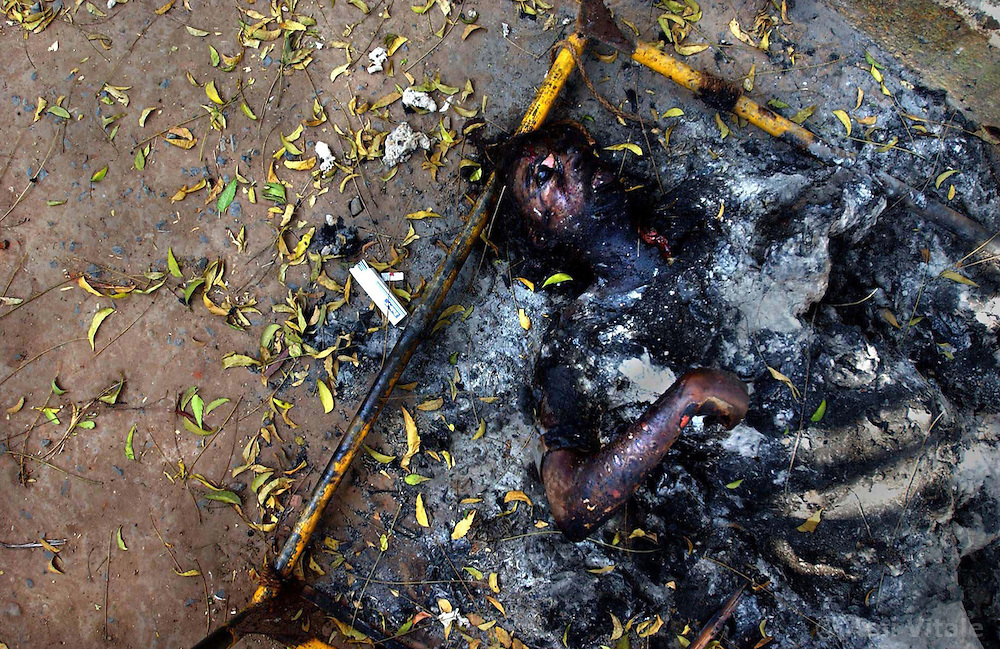