BIHAR, INDIA: AUGUST 13: Villagers cross a river to get to Lalita's village after she made a visit to her village of Koprah, 60 kilometers from Sitamarhi in northern Bihar, India August 13, 2003. Lalita was visiting after an eight month training course at a MSK and 4 months of teaching karate in another district in Bihar. She has overcome great barriers in a society that regards her as the most disadvantaged since she is a female in one of the lowest castes in India, the "Musahar "caste which means rat eaters. This tenacious young woman attended, Mahila Shikshan Kendra, a Women's Education Center, depsite her father's protests and learned how to read, write and defend herself in a community which frequently abuses women. Now she is teaching karate to other young women in a MSK in Amos block. Bihar is the poorest state in India and women suffer greatly because of the poverty, lack of education and opportunities. Most of the girls who are attending the eight month course have had to overcome tremendous resistance from families and a society entrenched in the weight of a caste system which discourages those from the lower castes to be educated, especially women. The 10 centers with 40 students in each are being funded by the World Bank although it was initially started by Unicef . .(Ami Vitale) 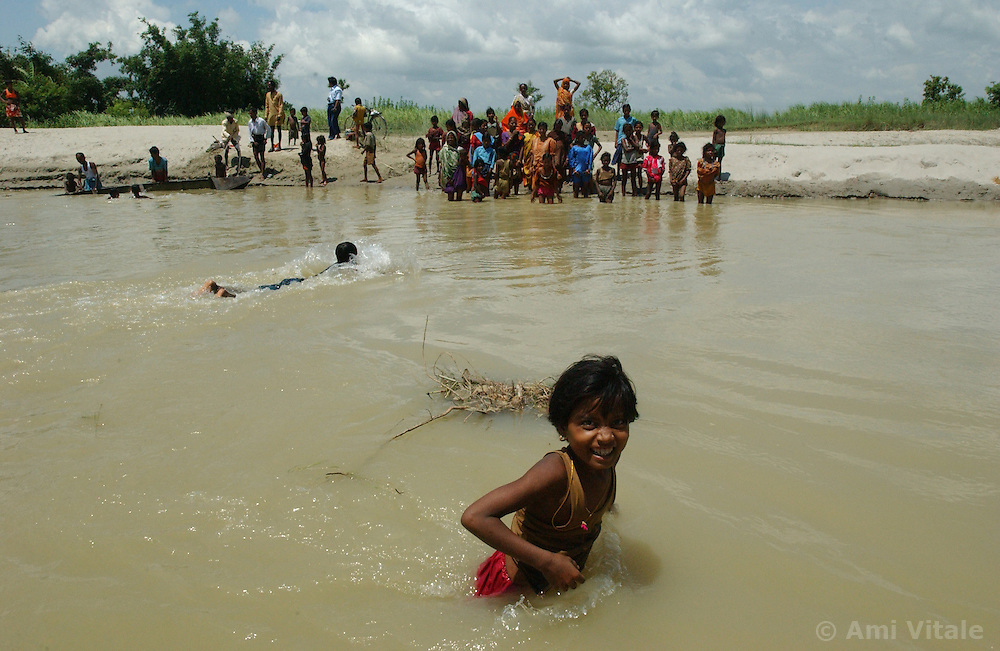