KOLHAPUR, INDIA - MARCH 19: Indian boys practice the three thousand year old sport known as "Kushti", a form of wrestling, in its traditional form at the fight club Gangawesh on March 19, 2006 in Kolhapur, India. In feudal times, wrestling matches were often fought to the death but over centuries, it was gradually modified to become one of the most popular sports in the region. The wrestlers train with total devotion and intensity, through exercise, diet, self-control and celibacy. They have a rigorous schedule of waking up at 4am six times a week and they practice more than 6 hours every day. They have been compared to holy men because of their celibacy and dedication and they practice exercises like standing on one's head for lengths of time to expel "filthy" thoughts. 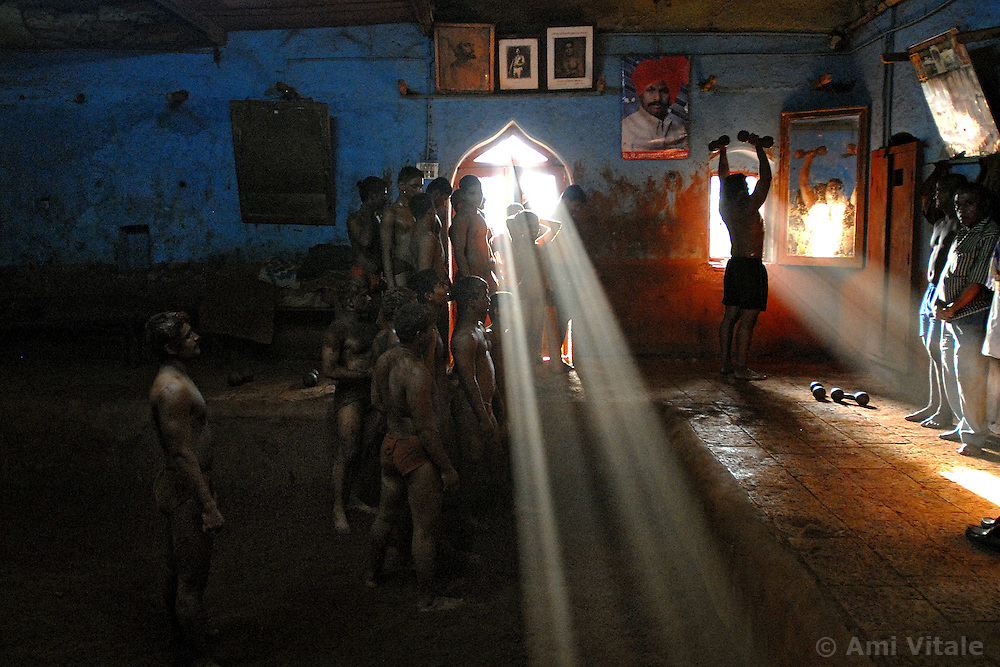