A woman who prefers not to be identified cloaks herself inside a burqua. Afghan women were forced to wear the burqa at all times in public, because, according to one Taliban spokesman, "the face of a woman is a source of corruption" for men not related to them. In a systematic segregation sometimes referred to as gender apartheid, women were not allowed to work, they were not allowed to be educated after the age of eight, and until then were permitted only to study the Qur'an. 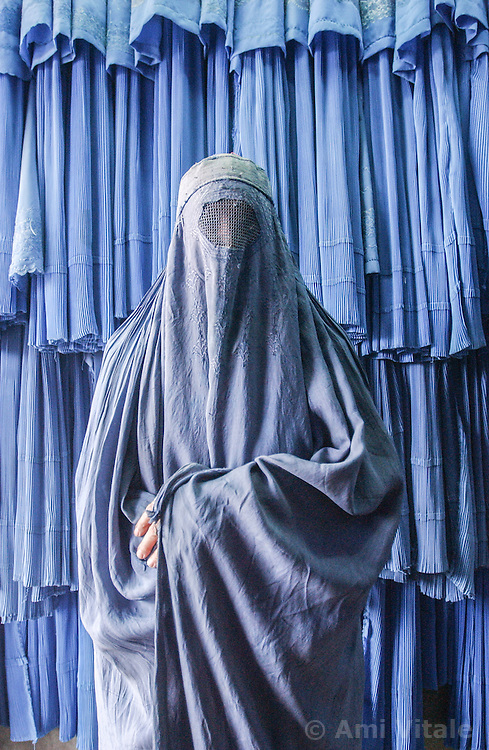