Children march past discarded posters of King Gyanendra and Queen Komal as thousands of people arrive to celebrate Democracy Day and to greet the Queen who was marking her 55th birthday in Kathmandu, Nepal February 18, 2005. Nepal marked its annual Democracy Day under emergency rule with severe press censorship, telephones cut and streets flooded with security forces. King Gyanendra got rid of the government and declared emergency rule on February 1 saying that the country is under threat from Maoist rebels and political instability. The Maoist insurgency has claimed over 11,000 lives since 1996. (Ami Vitale) 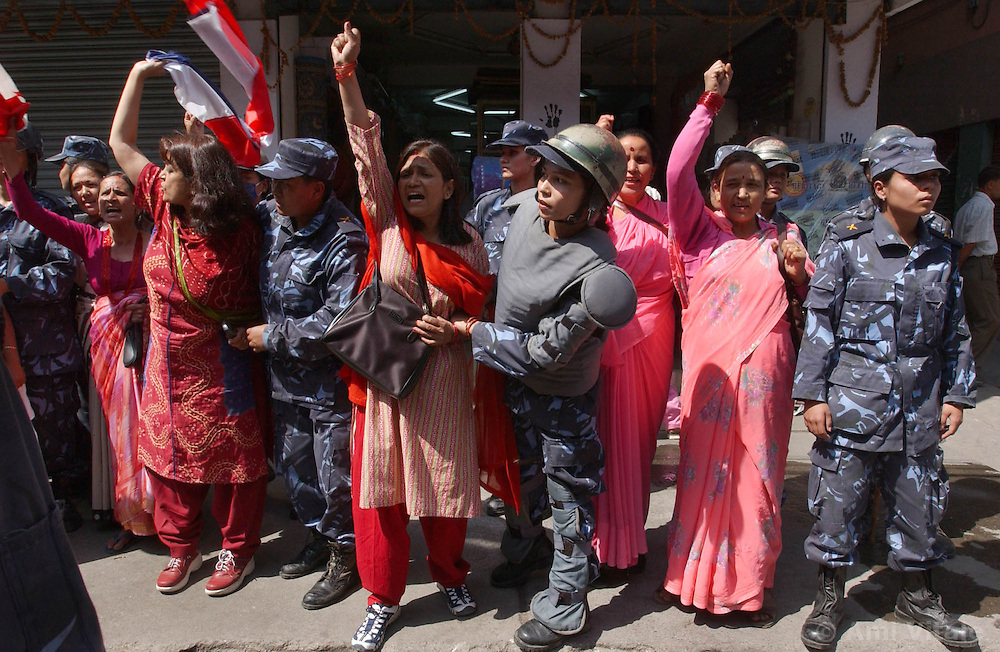