RUKUM DISTRICT, NEPAL, APRIL 22, 2004: Maoist insurgents celebrate in Rukum district April 22, 2004 weeks after their attack on government troops in Beni when they overran the district headquarters, looting a bank, destroying the jail and torching government office buildings. The government said that 32 security personnel died in the clash and 37 were kidnapped. The clash was one of the deadliest since 1996 when fighting began to topple the constitutional monarchy and install a communist republic. The guerrillas' strength is hard to gauge. Analysts and diplomats estimate there about 15,000-20,000 hard-core fighters, including many women, backed by 50,000 "militia". In their remote strongholds, they collect taxes and have set up civil administrations, and "people's courts" to settle rows. They also raise money by taxing villagers and foreign trekkers. Though young, they are fearsome fighters and specialise in night attacks and hit-and-run raids. They are tough in Nepal's rugged terrain, full of thick forests and deep ravines and the 150,000 government soldiers are not enough to combat this growing movement that models itself after the Shining Path of Peru. (Ami Vitale/Getty Images) 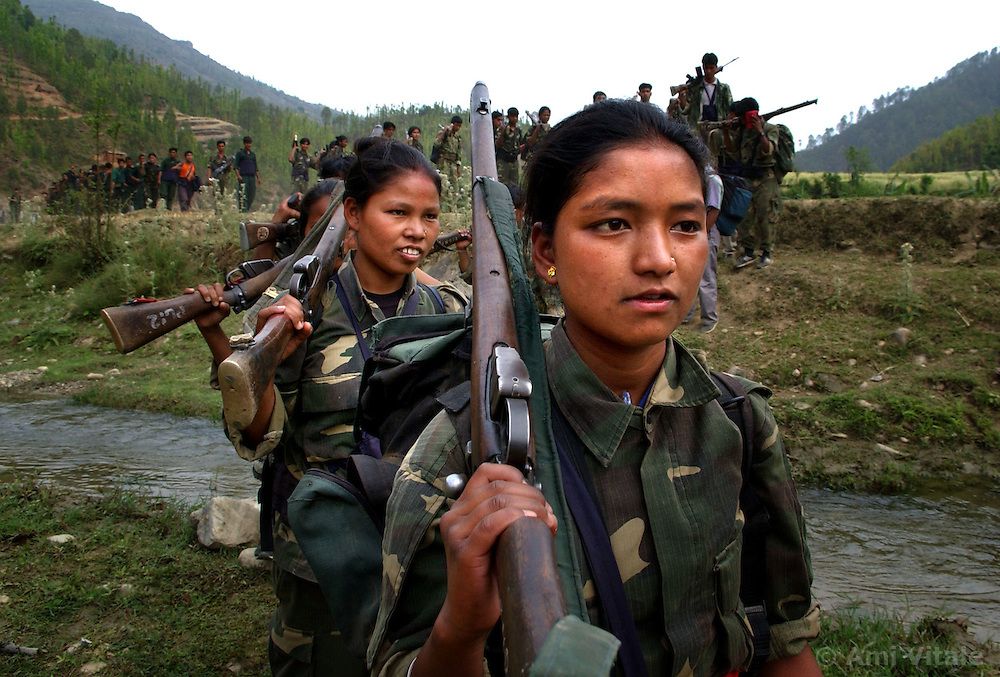