GERIHUN, SIERRA LEONE - JULY 18:Liberian refugees walk through their plastic tents at the Gerihun camp near Bo, Sierra Leone July 18,2002. Sierra Leone is infamous for some of the decade's worst war crimes and the irony is that as Sierra Leonians are finally able to return home, their neighbors across the border are suffering from their own tragic decade old conflict and flooding into the camps which once housed the internally displaced Sierra Leonians. Liberia's rebels have waged an insurgency for three years, but have stepped up attacks recently against President Charles Taylor's government. Taylor, a former warlord who won presidential elections in 1997, says he is being targeted by some of his rivals from the 1989-96 civil war. The heavy toll on civilians in the fighting poses a threat to the stability of other countries in the region, particularly Sierra Leone. There are about 50,000 refugees in Sierra Leone now according to the World Food Program and 100,000 internally displaced people within Liberia now. Sierra Leone, which has the U.N's largest peacekeeping mission with 17,3000 troops, is recovering from a ruthless 10-year-old war and held presidential elections in May. (photo by Ami Vitale/Getty Images) 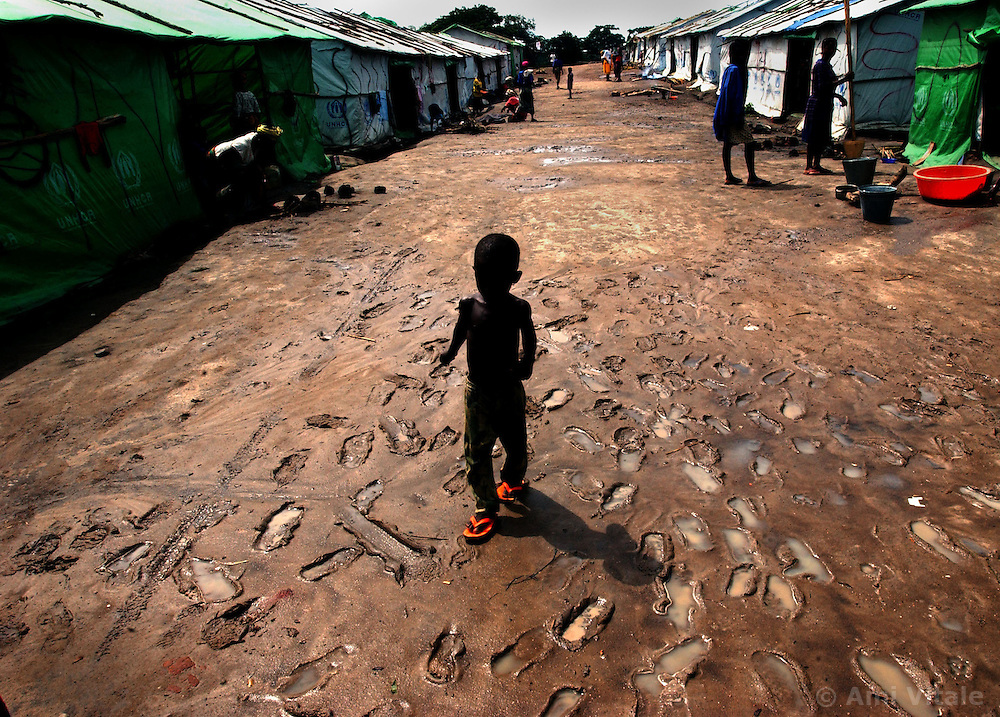