NEPALGANJ, NEPAL, APRIL 14, 2004: Children who have become orphans because of the Maoist insurgency point to a poster with the alphabet that has pictures of the current embattled King and Queen in Nepalganj, Nepal April 14, 2004. The Royal monarchy is facing a crisis and shows no sign of resolution as King Gyanendra's hope of reshaping the political order is met by thousands of protesters shouting antimonarchy slogans in Katmandu and Maoist guerrillas prepare for a final offensive. Since early April, the five parliamentary parties have organized public protests, saying the country faces a "decisive movement" after King Gyanendra ignores their political demands. (Ami Vitale/Getty Images) 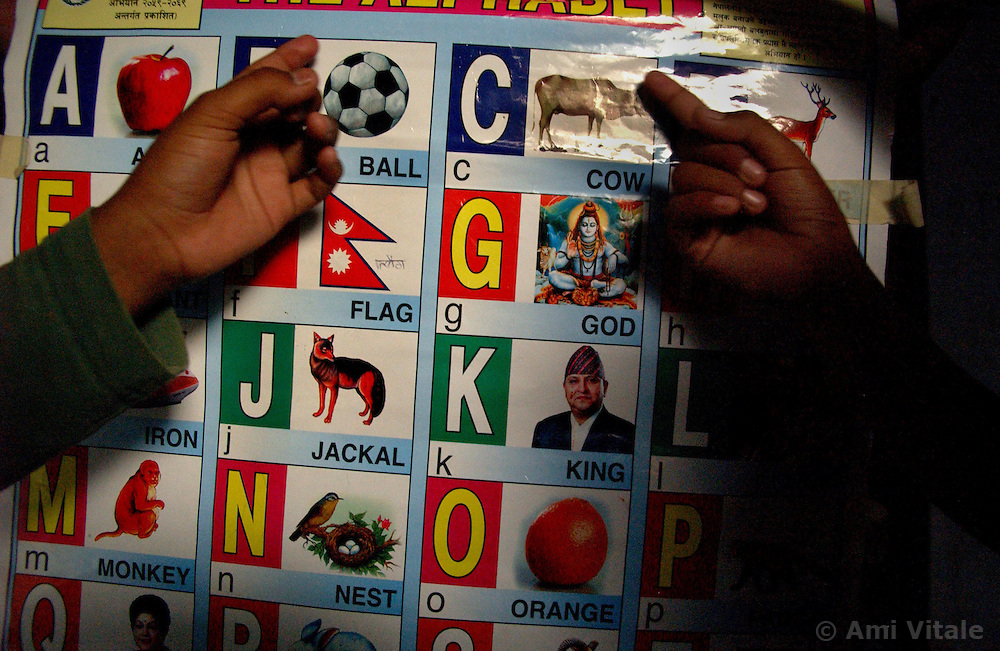