A Muslim Kashmiri woman sits inside a shop with her children where traditional Islamic veils are made in Srinagar, the summer capital of Indian held Kashmir. The shadowy group, Lashkar-e-Jabbar, also known as Allah's Army sent a letter to a local newspaper saying that Muslim Kashmiri women must adhere to the dress code or face acid attacks beginning on April 1, 2002. The leader of the group also wrote, "if our members see any boy or girl or any illegal couple doing acts of immortality they will be killed there and then".The same group claimed responisiblity for two acid attacks on women in Srinagar last year. Kashmir has been the center of the ongoing dispute between India and Pakistan since the region was partioned when the British left in 1947. 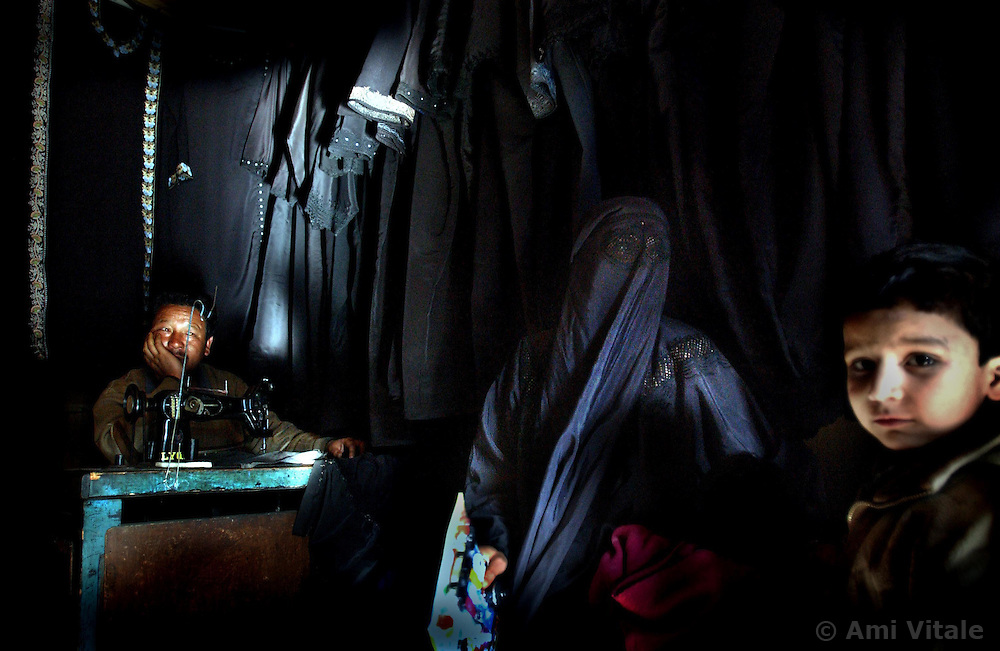