Scientist M. Sanjayan films at the Wolong Panda Reserve managed by the China Conservation and Research Center for the Giant Panda in Sichuan, China. For the first time in 50 years since the WWF adopted the panda as the symbol of wildlife conservation, the loss of one of the world’s most iconic species is being reversed. Their habitat is being restored, and every year from now on, more captive pandas will be “trained” to be wild and then released.

The accomplishment is extraordinary—first the Chinese have had to solve the famous problem of getting Pandas to mate. Then, they’ve had to take an animal that has lost its wild instincts, and re-train it to survive in the harsh Sichuan mountain cloud forests. It’s taken Chinese researchers over 30 years to solve these problems.

Many of us have ceased to think of the panda as a “wild” creature. It’s more of a cartoon animal that lives in zoos. But watching Zhang Xiang, the first female panda to be released into the wild, you realize that she may be the most famous panda that no one—save a handful of scientists-- will ever see. 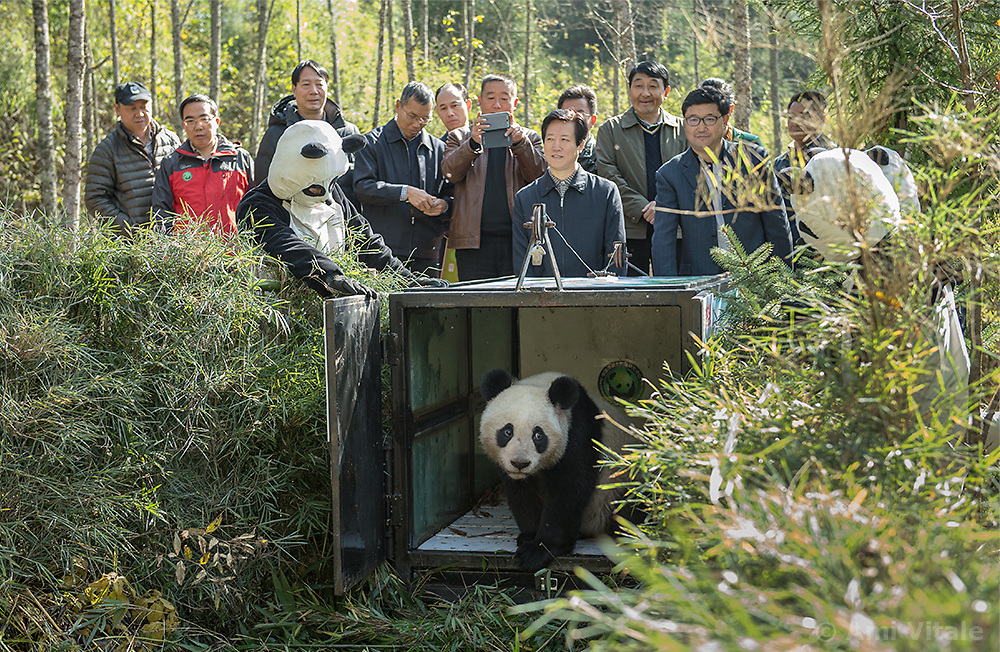